It is with a heavy heart that we mourn the passing of Benno Black, z’’l (August 7, 1925 – October 13, 2021). We extend our deepest condolences to his wife, children, grandchildren, and great-grandchildren. Benno was a kind and gentle soul who was a loving husband, father, grandfather, great grandfather, and friend. Benno was also generous in sharing his personal story as a child who survived the Holocaust, educating thousands of people.

Benno’s remarkable life story is inspirational and illustrates how in the face of persecution, one can still find brightness in the world. Benno helped us continue to learn about the impact good people can have on the lives of those seeking refuge from persecution. Benno, born in Breslau, Germany, was 13 years old when his parents sent him on a Kindertransport in 1939 to England to save his life.

For the journey, Black’s mother packed him a suitcase filled with keepsakes to remind him of home: protractors, compasses, and school notebooks which reflected his commitment to education (eerily, the notebook’s last entry is “9 November 1938” which was the Kristallnacht “Night of Broken Glass”), and a book of pressed flowers and plants labeled in German and with their scientific Latin name. He made the book with his mother who, like his father, Black would never see again.

He brought these keepsakes of German life to his adopted home in Northampton, England. In 1946, Black served in the British military. A journey to Minnesota followed after World War II.

Benno was also the great-grandson of the historian Heinrich Graetz. The magnum opus of Graetz is his six-volume History of the Jews first published in 1851 and translated into English in 1891.

In 1948, Benno was selected to give a speech on behalf of his fellow citizens at their U.S. citizenship ceremony in Minneapolis. Benno shared these poignant remarks which still resonate today: 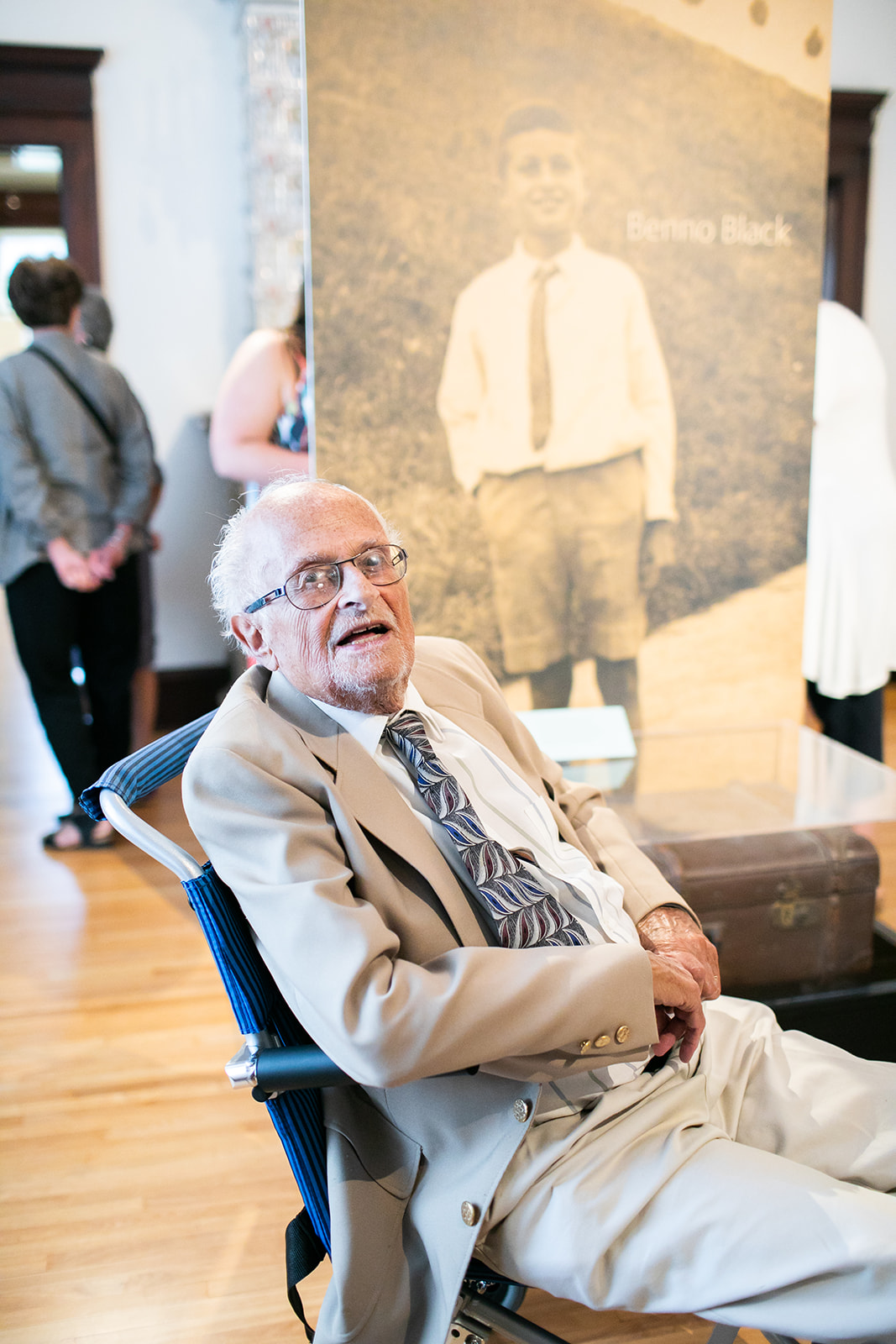 “Each and every one of us who will receive our certificate here this evening had, I am sure, a different reason for coming to this country. But however different our reasons may have been we all had one thought in mind, to become free people in a free country, not to be persecuted by medieval cruelties, not every minute of the day to be afraid of being taken away from our families and loved ones, not to be discriminated against because of race, color or religion, but to live in freedom and to take part in the task of strengthening our democracy which alone is the source of a happy and satisfied life.”

The JCRC, Beth El Synagogue, and American Swedish Institute (ASI) were blessed to have had the chance to come to know Benno and to share his story with our community through the Kindertransport – Rescuing Children on the Brink of War and The Story is Here exhibitions.

As ASI’s Bruce Karstadt recently noted, Holocaust survivor and philosopher Viktor Frankl encouraged people not to strive to ask what the events in life mean, but to be responsible for creating meaning from the events in our life. We hope that telling Benno’s story has helped to create meaning for others in grappling with the consequences of the great tragedy of the Holocaust.

May Benno’s memory be for a blessing.

Photos: (top) Benno Black at his home in St. Louis Park, MN; Benno at the Kindertransport exhibition at the American Swedish Institute.